Women Returning to Workplace After a Break

Women at the very beginning of their career are often questioned about their stability – How long they will be able to contribute to the firm? Once they get married, they are asked about kids, later on, as they show their wish to return to the work place, they are questioned of their lacking skill sets and tagged as non-ambitious.

“Career Break”- a very common thing among women which can be due to multiple reasons. However, the most common reason majority of women takes career break is to tend to children. Some take the maternity leave and never return, some join back immediate after it and some after taking a break, after all childcare is a full-time job.

Those who would like to return to the workplace face one of the many challenges – “loss of confidence”, because of being out of the workforce for some time. Adding to it there is always a question of whether they will get back their earlier position.

While on workforce environment, their accumulated life experience such as managing all kinds of small and big events, taking on a lot of varying emotions head-on- grief, illness, relocation to other countries and cities, along with raising children as well is considered null. On the contrary, these experiences have made them durable, ensuring that they will remain unfazed in critical circumstances.

To attract women back to the workforce few companies have launched programs to change this situation. Such as Mahindra has launched a program – UDAAN to hire women on a Career Break. Godrej IBM, Amazon, Airbus, Accenture, and Tata Group are few among who created such programs. Several other companies are open to hiring these women, but they don’t have explicit programs in place.

Women who want to return to work already represent a motivated talent pool which could be brought up to speed with programs like the above mentioned with effective training and support. Getting these women back in the system is also likely to help build a high-quality pipeline of women for senior roles, such as vice presidents or directors, which is particularly lacking in India.

If given a chance, it is imperative for these women to develop new skills and apply them to boost the productivity and growth of the organization. For companies, sticking to the old stereotypes is likely to only block an exceptional company asset in women contribute to the sustenance of the organization. Returning to the previous position after a break isn’t hard. It’s after all, a role that one has already excelled in, and is likely to continue to do so given the chance.

I’ll leave you with these amazing words by Tian Wei, CCTV News:

Any society that fails to harness the energy and creativity of its women is at a huge disadvantage in the modern world. 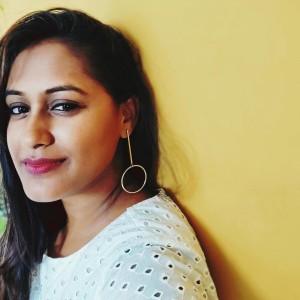 Finding Your Niche As A Social Media Influencer

Benefits of Being a Work at Home Mom